Gilles Deleuze & Félix Guattari | May ’68 Did Not Take Place 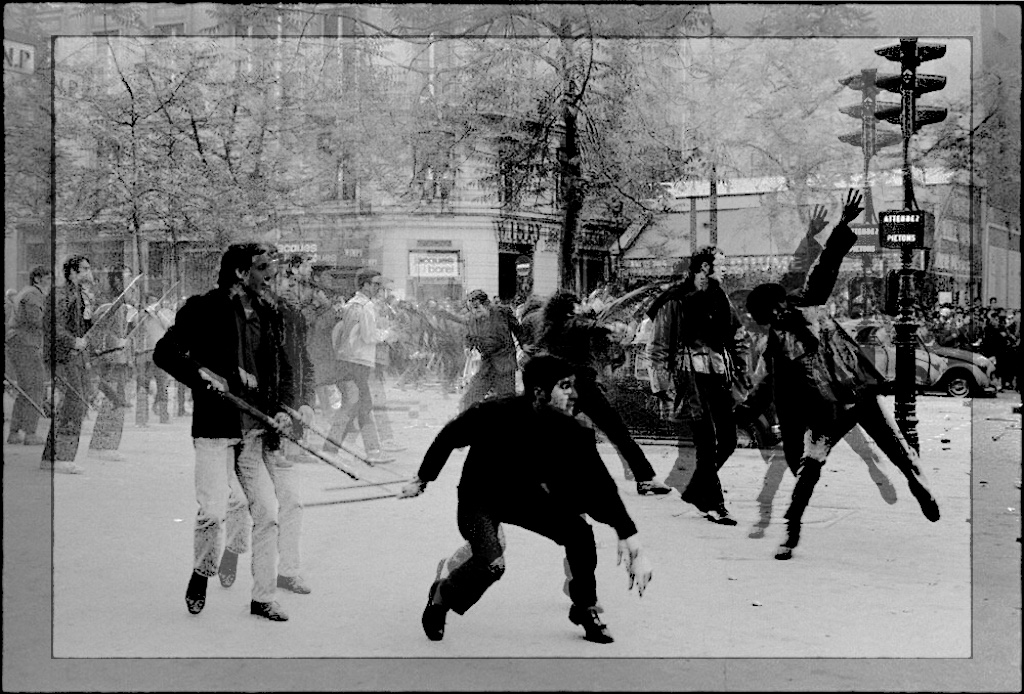 In historical phenomena such as the revolution of 1789, the Commune, the revolution of 1917, there is always one part of the event that is irreducible to any social determinism, or to causal chains. Historians are not very fond of this point: they restore causality after the fact. Yet the event itself is a splitting off from, a breaking with causality; it is a bifurcation, a lawless deviation, an unstable condition that opens up a new field of the possible. In physics, Ilya Prigogine spoke of states in which the slightest differences persist rather than cancel themselves out, and where independent phenomena inter-resonate. An event can be turned around, repressed, co-opted, betrayed, but still something survives that cannot be outdated. Only traitors could say it’s outdated. Even ancient, an event can never be outdated. It is an opening onto the possible. It enters as much into the interior of individuals as into the depths of a society.

The historical phenomena we are invoking were indeed accompanied by determinisms or causalities, but these were of a peculiar nature. May 68 is of the order of pure event, free from all normal, or normative causalities. Its history is a “series of amplified instabilities and fluctuations.” There were many agitations, gesticulations, slogans, idiocies, illusions in 68, but this is not what counts. What counts amounted to a visionary phenomenon, as if a society suddenly perceived what was intolerable in itself and also saw the possibility of change. It is a collective phenomenon in the form of: “Give me the possible, or else I’ll suffocate.” The possible does not pre-exist, it is created by the event. It is a matter of life. The event creates a new existence, it produces a new subjectivity (new relations with the body, with time, sexuality, the immediate surroundings, with culture, work).

When a social mutation appears, it is not enough to draw the consequences or effects according to lines of economic or political causality. Society must be capable of forming collective agencies of enunciation that match the new subjectivity, in such a way that it desires its own mutation. It’s a veritable redeployment. The American New Deal and the Japanese boom correspond to two very different examples of subjective redeployment, into all sorts of ambiguities and even reactionary structures. But they produced enough initiative and creativity to conceive new social states capable of responding to the demands of the event. Following 68 in France, on the contrary, the authorities never stopped living with the idea that “things will settle down”. And indeed, things did settle down, but under catastrophic conditions. May 68 was neither the result of, nor a reaction to a crisis. It is rather the opposite. It is the current crisis in France, the impasse that stems directly from the inability of the French society to assimilate May 68. French society has shown a radical incapacity to create a subjective redeployment on the collective level, which is what 68 demands. In this light, how could it now trigger an economic redeployment that would ever satisfy the expectations of the “left”? French society never came up with anything for the people: nothing at school, nothing at work. Everything that was new was marginalized or reduces into caricature. Today we see the population of Longwy cling to their steel, the dairy farmers to their cows, etc. What else can they do? Every collective enunciation by a new existence, by a new collective subjectivity, was crushed in advance by the reaction against 68, on the left almost as much as on the right. Even by the “free radio stations”. Each time it appeared, the possible was closed off. 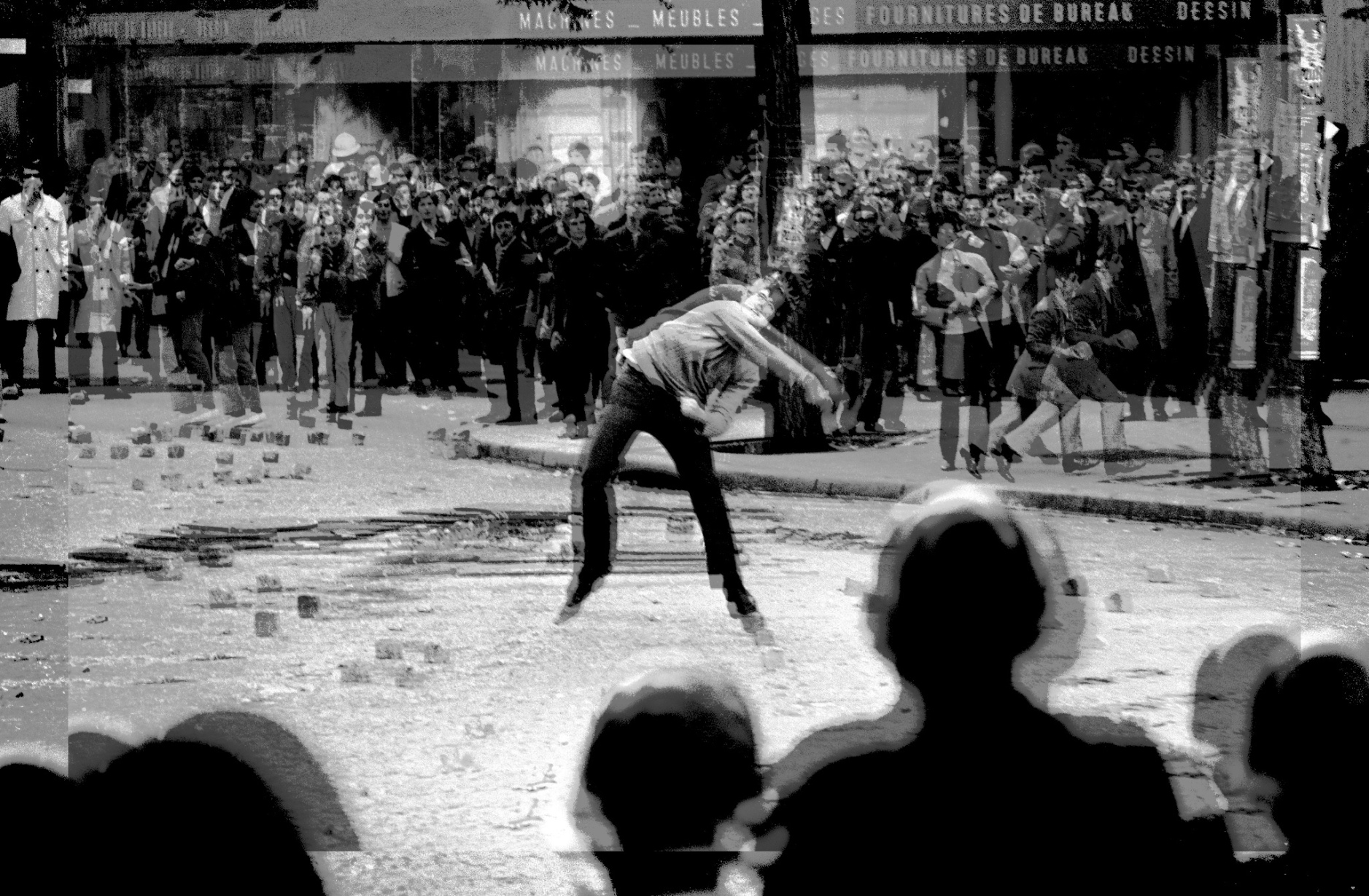 The children of May 68, you can run into them all over the place, even if they are not aware of who they are. Each country produces them in its own way. Their situation isn’t so great. These are not young executives. These are strangely indifferent, and for this very reason are in the right frame of mind. They have stopped being demanding and narcissistic, but they know perfectly well that nothing today corresponds to their subjectivity, to their potential of energy. They even know that all current reforms are rather directed against them. They are determined to mind their own business as much as they can. They hold it open, hang on to something possible. It is Coppola who created their poetized portrait in Rusty James. The actor Mickey Rourke explained: “The character is at the end of his rope, on the edge. He’s not the Hell’s Angel type. He’s got brains and he’s got good sense. But he hasn’t got any university degree. And it is this combination that makes him go crazy. He knows that there’s no job for him because he is smarter than any guy willing to hire him” (Libération, February 15, 1984).

This is true of the entire world. What we institutionalize for the unemployed, the retired, or in school, are controlled “situations of abandonment”. For these, the handicapped are the model. The only subjective redeployments actually occurring collectively are those of an unbridled American-style capitalism, of a Muslim fundamentalism like in Iran, or of Afro-American religion like in Brazil: the reversed figures of a new orthodoxy (one should add European neo-Papism to the list). Europe has nothing to suggest, and France seems no longer to have any other ambition than to assume the leadership of an Americanized and over-armed Europe that would impose the necessary economic redeployment from above. But the field of the possible lives elsewhere. Along the East-West axis, in pacifism, insofar as it intends to break up not only relations of conflict and over-armament, but also of complicity and distribution between the United States and the Soviet Union. Along the North-South axis, in a new internationalism that no longer relies solely of an alliance with the third-world, but on the phenomena of third-worldification in the rich countries themselves (the evolution of metropolises, the decline of the inner-cities, the rise of a European third-world, as Paul Virilio has theorized them). There can only be creative solutions. These are the creative redeployments that can contribute to a resolution of the current crisis and that can take over where a generalized May 68, amplified bifurcation or fluctuation, left off.

May ’68 Did Not Take Place by Gilles Deluze and Félix Guattari, taken from the book From Chaos to Complexity by Félix Guattari, published by Semiotext(e) Foreign Agents series 2002