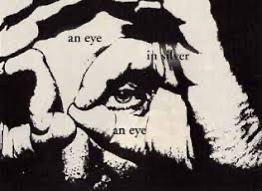 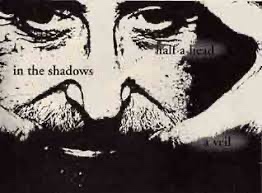 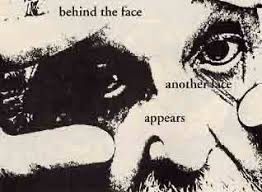 A revolution in poetry or painting or music is part of a total revolutionary pattern. (Modern) art is fundamentally subversive. Its thrust is toward an open-ended (continuous) revolution.

“The tree of liberty must be refreshed from time to time with the blood of patriots & tyrants. It is its natural manure.”— T. Jefferson. “Without contraries is no progression. Attraction & Repulsion, Reason & Energy, Love & Hate, are necessary to Human Existence.”—W. Blake

It is possible to rationalize the history of modern poetry or art, to mask its subversive character; but even as fad & fashion, poetry continues to subvert, to destroy the constructs of an old order as it builds the shadow-constructs of a new one.

“The development of the five senses is the work of the entire history of the world up to now.”—Karl Marx

“The poet’s function is to spread doubt & create illusion.”—N. Calas

Revolution are preceded & accompanied by a breakdown in communication.

Long-lived societies, even where rooted in social injustice, will survive as long as groups that should be in conflict share a common language—i.e. a common system of values & ascribed meaning, a common religion, mythology, etc.

Where change (mobility) becomes so rapid as to make it impossible for the “language” to change commensurately, this common language begins to break down, & groups of men, while using the same words, no longer understand each other.

This breakdown in communication is first articulated by a poet & carried on by other poets.

Non-poets freely adapt the language of poets, even where they fail to understand it, to provide them with a revolutionary form of communication. They soon come to consider it their own invention.

Note. This is the history of Christianity & of the French & Russian revolutions.

The poet sees the breakdown in communication as a condition of health , as an opening-up of the closed world of the old order. He carries the revolution of language & form into the new society of the political revolutionaries.

The political revolutionary sees the breakdown in communication as further evidence of the malaise of the old & dedicates himself to the re-establishment of a closed system he (or those he speaks for) can control. The demand for closure extends to the work of the poet.

The confrontation between poet & political revolutionary moves toward a showdown that the poet seems fated to lose. But their lasting union would signal a turning of history & the reconstruction of Man in Eden.

Note. The sign of the Communal Paradise will be that all the languages now spoken by Man will have been made obsolete. This is the prophecy of Apollinaire.

[The preceding collage of propositions was read at a symposium on “Revolutions & Revolutionaries in Literature” at the Long Island University International Writers Conference in 1966. Although the process described has now gone much further, I’m even less sure about the alternative conclusion I let dangle in the eighth proposition of the second series. Enough to say that governments by nature (including post-revolutionary governments oncer they’re governing) have had little actual use for the concept of an ongoing & open-ended revolution. But that’s all the more reason for the poets to get on with it.]