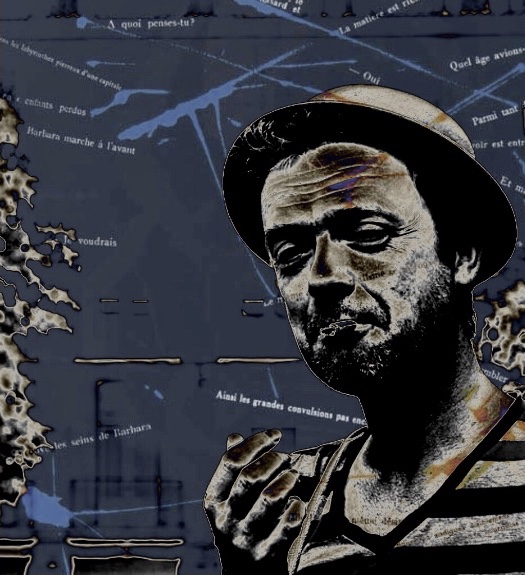 If you want to find good poetry written in Britain, you have to go looking for it: with very few exceptions, it is hidden away behind a poetry of more or less genteel self-expression, metrical sentimentalities and easily digested liberal homilies that are essentially reports on police reality.

But there is a vast seem of artistically and politically complex poetry also being written here, and Anna Mendelssohn, who sometimes also published under the name Grace Lake, wrote some of the best. It is chaotic, at times manic and compulsive, by turns mocking and playful, hurt and exasperated, and always exceptionally confrontational and political. At times the poems seem to begin and end almost arbitrarily, as if the reader has walked into a room midway through a conversation. They change direction rapidly: thoughts trail off and morph into associative play, from which a bewildering irruption of direct, and often accusatory speech, may appear—and just as quickly disappear back below the porous surface of the poem. To illustrate, here’s a fairly lengthy quotation from “June 21st”— students of radical European politics of the mid-twentieth century will get the title’s reference:

scour, grouse, loses back, knows how to, chervil.
little owl. who other trust loaded who quizz loess
italian fish, poitrine. chlorine fear rests, quizzical.
having taken, was that too, meurthe-et-moselle do not
walk on air, precipitate, mon dieux prie adieu
pieds noirs crumbs holt                john bull.
auxerre. cierre. du haut en bas.    homberg.
cherry brandy. strapped back. large glass goblet.
yellow glass avignon mass my brother he did me lacerate
laureate. a buff. they are the one. & to never
give the woman back to herself to tear away to sin
with loud hacks raw projections chawed and rough
the demolition, no, no to mind, no to soul, no to
o this lovely world in its various features

There’s nothing else like it. Mendelssohn’s work insists on poetry as a specific method of thought. These poems are saying something, something that can be only reached by means of the poem itself. That is, contrary to a few received ideas, poetry does communicate. If you are able to listen, if you are not a cop, you will be able to hear:

Purpose. Returns. Specific Movements. Voices that never fail to sus-
tain a social dimension. Voices that don’t trail off into dyers land. Voices
that don’t lounge as precautions to exhaustion in siesta time when
observations could cause disruptions in tedium.

This, from “London 1971”, defines the poem’s voice as a means of interruption—that is, a communication that refuses by what it does, as much as by what it says. The voice’s “social dimension” is there to “cause disruptions in tedium”, to force official speech to convulse and break down into everything that it cannot, for its own obfuscatory reasons, say. But because of that disruption, the poetic voice is aware that it is under counterattack, feels itself in danger of being forcibly disappeared, of being erased by a master discourse that needs, for its survival, to pretend that nothing in the poem actually exists. The poem, in much of Mendelssohn’s work, is not simply counter to official discourse; it is actively engaged in battle with it. Her bio note in the 1996 anthology Conductors of Chaos says as much:

My academic career was brought to an abrupt halt in 1967 by
harassment, both political and emotional. Upon returning to this
country, in 1970, I was attacked, my own poetry seized, and my
person threatened with strangulation if I dared utter one word of
public criticism. I was unable to return to university at that point
and was silenced.

Those threats and that silencing were hardly metaphorical. Her note here was as close as she got in later life to referring to her involvement in radical countercultural politics, which led ultimately to seven years of imprisonment for alleged membership of the Angry Brigade, who in the early 1970s carried out a series of armed attacks against British capitalism. Their targets included police stations, Tory party offices, Scotland Yard’s central computer and the trendy Biba boutique, as well as the offices of the Ford Motor Company and the home of Tory minister Robert Carr, architect of the Industrial Relations Bill. Mendelssohn consistently denied involvement with any actual bomb attacks, but she didn’t deny that she had been heavily involved in left-wing activism, that she knew some of those involved; and she stated clearly that she was in sympathy with them, however much she disagreed with their actual methods.

Sensational biographical data such as this make it tempting to view Mendelssohn’s poetic work as a continuation of left-wing action by other means. Poetry has after all been frequently used as a metaphor for revolutionary struggle. The Situationist Roaul Vaneigem called revolution “lived poetry”, and in the 18th Brumaire, Marx said that a successful revolution must have as its content the “poetry of the future”.

But after her release from prison, Mendelssohn always refused to speak about what she had been involved in. After a few years, she went to study literature at the University of Cambridge, and lived more or less reclusively in that city for the rest of her life, concentrating all her energy into writing and painting. But that’s not to say the poetry retreated into an apolitical hermeticism. Far from it: traces of her prison experience run through the work, and the attitude of the poetry is consistently one of absolute contempt for bourgeois society and its domination by police reality:

I do not run the prison system.
I am not a lesbian.
Serve your own sentences.
In future.
I collect sentences.
I used to have a set of my own.

This is the sentence of the poet versus the sentence of the judge: the interrupting voice versus the voice of authority that will punish all interruptions. Mendelssohn’s utopian society of art is overridden and taken away by the sentences of authority. It is unsurprising, then, that a dominant mood in Mendelssohn’s work is anxiety, and even a sense of persecution. It is a political poetry that is fully aware of the limits of what is permitted in bourgeois society, that understands that for a revolutionary, or ex-revolutionary, the prison is the centre and the perimeter of permitted life. But the poetry is by no means that of the victim, or even of political defeat. Written largely between the mid-1980s and the late 2000s—that is, through one of the most reactionary periods of recent British history—what is remarkable about Mendelssohn’s work, in this context, is its absolute refusal of the melancholy of failure, or of fearful attempts to reintegrate into the dominant system. In the poem “Half”, she mocks those who are “bombasting rebellion yet demanding legal status”.

Refusal is a key element of the poem’s communication: there are many to whom that communication is refused. At one point she mentions those who are “never to be allowed anywhere near this poem”, elsewhere she states unambiguously that “my poetry is not for them”, “I don’t talk to the police except never”. And more playfully: “I’m not suggesting any of you are landlords—only— / we are very different & I read Gogol from that position”. That position is outside, of both the judge’s sentences and the perimeters of the society he defines.

As far as Mendelssohn’s enemies are concerned, and these are many—not only judges but, variously, pompous poets, social workers, narrow-minded politicos and patriarchal imbeciles of all sorts—it is a communication that only speaks to them in order to deny their ability to read, and to refuse them a place within the poem. It is an outsidedness that also has nothing to do with the easy conformity of the poet as some kind of rebel. Mendelssohn is no rebel; the content of her refusal to communicate with her enemies is one that demands the possibility of communication, and of the reality of a community that can exist despite the accusations of its incomprehensibility and illegitimacy. In the face of those who would have “silenced” her, the response is to speak a language to which they have no access.

“Minds do exist to agitate and provoke, to make”—this, in “pladd (you who say either)”, is as much of a statement of poetics as anyone could need. Poetry can’t be merely oppositional—and thus the agitation and provocative stance of Mendelssohn’s poetry must be such that its intensity can make a ground, can take position. The poems will keep the judges, etc. out, but those same words must have people to whom they can speak. The anguish of any oppositional writing is the doubt, not so much that anyone is listening, but that there is anybody to hear. But the question then becomes how do these poems speak. If a poem has to have content, it is not the same content as, say, an agitational leaflet, or a piece of journalism. The poem’s agitation comes from elsewhere.

Marx’s 18th Brumaire has a somewhat cryptic hint for poets who would be properly political, as opposed to being the authors of protest poems: “there the phrase went beyond the content; here the content goes beyond the phrase”. Marx is arguing that the French revolutions of the nineteenth century failed because they still modelled themselves on historical events, when what was required was the discovery of a new model through the process of making it. For a poet, it means that the content isn’t something that can be poured readily into some preconceived form (phrase, in Marx’s terminology); rather the poem’s formal reality is smashed up by the emergence of new content.

live twine photo-wner lime scratch gap
lice dodge trial & error electric patch pop
tine dREEN w/th terrier legs of the giraffe
wodge mile sceptic sc foulard two heads
zipped aprons gloves pegged rug beads
grist to the mill camille desmoulins free
mistressclasses sc cross coloured glass
scrovlong chiselled pros & cons slouch hat
raised gutted close tense racing singing
lachesis a back was taken for you were unwanted
& the silence too failed to effectively resist
a rush which should have, windswept, sufficed
without the gold I did not hold or the cardboard
partitions when my feet were meeting you
in another cinema after the wrought iron gates
closed before the ghostly market off the caledonian road.

That’s the first sentence from Mendelssohn’s “purdah darting glances”. The “ghostly market off the caledonian road” makes me think of “The Caledonian Market” by Brecht, but where in that poem Brecht rummages below the surface of the items that are for sale in the market, and pushes his hands into the detritus of the centuries, Mendelssohn begins with that detritus, the rubble and shit of language. Shattered words turn into objects, which in turn become statements. It is as if Brecht’s poem has been turned inside out.

The poem’s content, as an interrupting voice, comes from just that convulsion, where the poem turns inside out, where the statement emerges directly from the rubble of poetic form, or indeed from institutionalised avant-garde politesse. The untruths that the language carries are pounded into garbage, are twisted out of shape, until the perpetrators of those untruths can no longer enter the language, and so that not new forms, but new statements can emerge. Or, as Mendelssohn puts it beautifully: “a poem of objects that live by magic”.

Note: Anna Mendelssohn passed away in 2009. Her major collection, Implacable Art, is still available (Salt Modern Poets/Equipage 2000), as is the pamphlet Py, from Oystercatcher Press.The pamphlets she published as Grace Lake through the nineties, including Viola Tricolor, Tondo Aquatique and Bernache Nonette, are rather harder to come by: they need to be reprinted in a single volume as a matter of urgency. Meanwhile, Europe is on fire. Its spectres have arisen.